From Audrey Hepburn’s small ceremony to Kim Kardashian’s opulent one-week celebration, we made a list of the most famous weddings.

With a gown designed by Ann Lowe, Jacqueline Bouvier married future president John F. Kennedy on a sunny day in Newport, Rhode Island, on September 12th, 1953 in front of 800 people. After the ceremony, more than 1300 closest friends and family joined the newlyweds for an outdoor reception at one of the Auchincloss residences, Hammersmith Farm, where it is said that both Jacqueline and John F. Kennedy stood in the receiving line for three hours to greet their guests.

Audrey Hepburn was a style icon and even though we remember her with a black dress, a pearl necklace and a croissant from her character in Breakfast at Tiffany’s, she chose white for her second wedding dress (the first one she had was for a wedding that unfortunately never happened). Designed by Pierre-Balmain, Audrey walked down the aisle with a tea-length dress with ball-gown sleeves and a high neck paired with elbow-length gloves. The couple planned a secret wedding in Burgenstock, Switzerland and manage to get the press out of their magical and special day.

Grace Kelly married Prince Rainier of Monaco in a fairy-tale wedding in Saint Nicholas Cathedral, with the whole world watching them. Grace said yes with one of the most iconic wedding dresses in history that had 300 yards of antique Belgian lace and 150 yards of silk, taffeta, and tulle. Helen Rose, costume designer for MGM, designed this gown and it was a gift to the star by the studio.

They met at a party after a Rolling Stones concert through a mutual friend in France and they fell for each other. Nine months later, Bianca Perez Mora-Macias and Mick Jagger married in St. Tropez in front of some of the most important rock stars such as Ringo Starr, Paul McCartney, Eric Clapton and of course, all the members of the Rolling Stones with Keith Richards as Mick’s best man. Bianca wore a white Yves Saint Laurent suit jacket over a flared skirt and a large veiled sun hat that made her a fashion icon. The only problem: the press found out about the ceremony and more than 100 photographers lined up outside the church making the couple arrive more than one hour late.

It was called the wedding of the century and 750 million people around the world watched it. Lady Diana Spencer and Prince Charles married in a fairytale wedding in St. Paul’s Cathedral in London in front 3,500 guests that included members of foreign royal dynasties, head of states and members of both families. Princess Diana wore a breathtaking ivory silk taffeta dress decorated with lace, sequins and more than 10,000 pearls, designed by Elizabeth and David Emanuel. The cherry on top? A stunning diamond tiara that belonged to her mother and according to her brother, Charles Spenser, gave Diana a headache.

Another royal wedding, another fairy tale. Prince William, Duke of Cambridge, married Catherine Middleton at the iconic Westminster Abbey in London in 2011. As if it was taken out of a romantic novel, Prince William and Kate Middleton met at St. Andrews University while they were undergraduates and fell for each other. After nine years of dating, he proposed to her while they were on a private holiday in Kenya with the sapphire and diamond ring that belonged to his mother, Princess Diana.

Kate Middleton walked down the aisle, in front of the whole world, wearing a beautiful ivory satin dress featured with satin bodice and incorporated floral motifs cut from lace. A diamond tiara lent it to her by the Queen, held the veil.

The football icon and the teen pop idol had a wedding that may shock some people. Victoria wore a satin strapless dress with sharp points designed by Vera Wang matched with a diamond-encrusted tiara and messy short hair and David wore an all-white tuxedo (shoes included). For the reception, the newlyweds changed into a matching purple outfit, making it pretty clear that their style changed a lot in these 18 years.

Supermodel and fashion icon Kate Moss married guitarist and rock idol Jamie Hince in a beautiful wedding in Little Farringdon in the Cotswolds. Her daughter Lila Grace and her dad Peter accompanied Kate.

Every fashionista was waiting to see what the “it” girl would wear and she didn’t disappoint. Designed by her close friend John Galliano, she wore a stunning sheer gown, embellished with gold sequins and beading. As for Jamie, he chose a Yves Saint Laurent by Stefano Pilati sky blue double-breasted suit.

The couple was so grateful to the villagers for putting up with their wedding interruptions that they sent a bottle of Moet champagne to each of the residents.

George Clooney was known as the eternal bachelor until he met human-rights lawyer Amal Alamuddin. In a very private and magical wedding in Venice, the couple married in front of their closest friends, including Matt Damon, Bono, Anna Wintour and Bill Murray, among others. For this special day, Amal wore a bespoke off-the-shoulder gown with hand-embroidered pearls and diamanté detail designed by Oscar De la Renta.

A wedding that had it all, and we are not exaggerating. A before-party at the Palace of Versailles, a surprise flight to Florence and an over-the-top and opulent wedding decorations at Forte di Belvedere, were a few of the plans Kim and Kanye had for their one week wedding. Also, one of the most-liked pictures on Instagram ever is the couple’s wedding photo in front of a flower wall that allegedly took 4 days for Kanye to approve it. And of course, Kim’s dress wasn’t the exception. She chose a long lace sleeve, mermaid silhouette dress and a cathedral-length veil designed by the iconic Italian designer Ricardo Tisci. 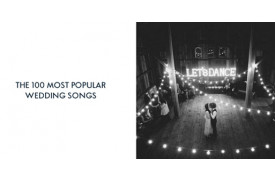 The 100 Most Popular Wedding Songs 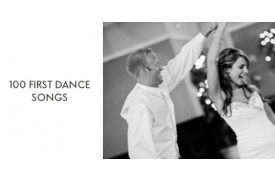 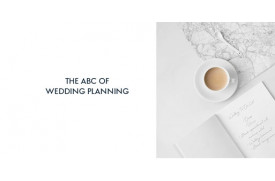 The ABC of Wedding Planning 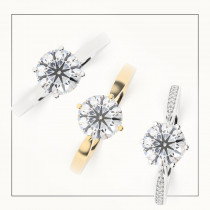 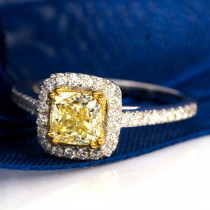 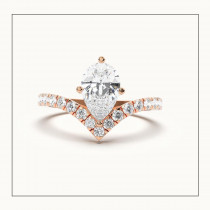 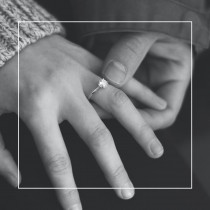 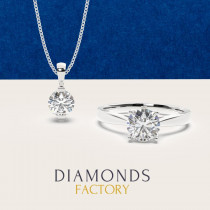 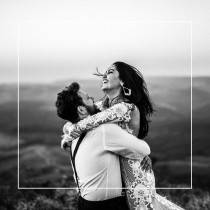